2020unknownPG-13Action, Adventure, Fantasy, Superhero
+ Playlist
Sign in to add this movie to a playlist.
1 view
2+

A sequel to the 2017 superhero film 'Wonder Woman.'

I cannot express how excited I am for this movie. Wonder Woman 1984 seems to tick all of the boxes. Her first cinematic outing, in the much-maligned Batman Vs Superman, was one of the few well-received aspects of the film. Following that up with a solo debut that performed well with both critics and box office returns, Wonder Woman is rivaling her Justice League counterparts as a leading figure in the DC verse.

Setting this film in the 1980s appeals to people my age, who were raised on films like The Breakfast Club, Ferris Bueller’s Day Out and Ghostbusters. This retro setting has made a significant comeback of late, with Stranger Things, IT and others tapping into the 1980s nostalgia to great effect. The timeline choice also shifts the interpersonal dynamic in this film, with a resurrected Steve now the fish-out-of-water in the blooming relationship at the core of the film.

The introduction of Maxwell Lord and Cheetah as duel enemies should create a lively dynamic, not unlike that of Batman Returns, in which a femme-fatale figure proves to be both friend and foe, while the second villain is a more clear-cut bad guy.

Delayed, like so many films in 2020, due to coronavirus isolation policies, Wonder Woman 1984 is likely to debut somewhere between June and August 2020, pending improvements in the pandemic situation. Until then, you’ll just have to enjoy the trailer on repeat. 🙂

Be the first to review “Wonder Woman 1984” Cancel reply 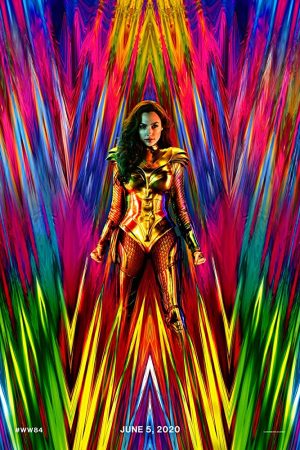