2020Action, Mystery
+ Playlist
Sign in to add this movie to a playlist.
0

An action epic revolving around international espionage, time travel, and evolution. Possibly about a man trying to prevent World War 3 through time travel and rebirth.

Unquestionably one of the leading filmmakers of the current era, Christopher Nolan has brought us such gritty, mysterious greats as Memento, The Dark Knight, Interstellar, The Prestige and Inception. Of these, his next film seems a spiritual cousin of both Inception and Memento, in terms of its focus on reality-bending and the malleability of time and experience.

While the as-yet undefined cause of the time-reversals in TENET set it apart from standard action fare, the film’s trailer points to the movie boasting powerful action set pieces also. In true auteur fashion, Nolan has also brought on board several of the same cast and crew with whom he has collaborated on previous works, such as actor Michael Caine and cinematographer Hoyte Van Hoytema. In an oblique link between Nolan’s Dark Knight trilogy and the newest cinematic representation of the world’s greatest detective, the film also stars the current Batman, Robert Pattinson. In the lead role is John David Washington, who delivered powerfully during his starring role in 2018’s BlacKkKlansman, and the eerie, industrial soundtrack comes courtesy of composer Ludwig Göransson, best known for his work on Creed, Creed II and Black Panther.

This is a trailer that you’ll need to watch more than twice, in order to begin untangling the clues as to what TENET represents, and where the boundaries between the present and future intersect.

Be the first to review “TENET” Cancel reply 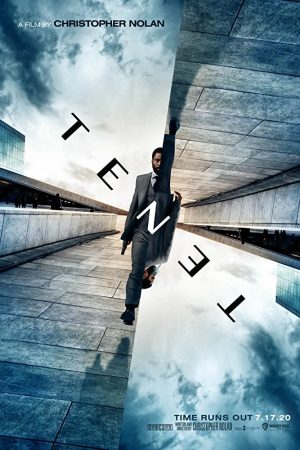