The monstrous spirit of a slain child murderer seeks revenge by invading the dreams of teenagers whose parents were responsible for his untimely death.

I still tend to think of the original A Nightmare on Elm Street as a rather current film, which is definitely telling my age, as an incredible 36 years have passed since its release. In the time since, countless sequels and spin-offs have been inspired by the groundbreaking success of the original, young star Johnny Depp became a household name and both Robert Englund and director Wes Craven established themselves as cult heroes of the horror genre and convention scene.

Elm Street and its counterparts sparked the home video movement of the 1980s and 1990s that turned otherwise low-budget theatrical releases into long-tail royalty earners for studios. Elm Street stood out for the impressive performances from its young ensemble, led by an aptly capable Heather Langenkamp, its eerie soundtrack, cool visual palette, liberal use of on-screen gore and the surreal capabilities of its villain. The high concept notion of a menace that is able to straddle both the world of dreams and reality was attempted by many other horror movies following this film’s release, though few handled the idea as competently as Wes Craven and team.

Return to where it all began by viewing the trailer and thinking back to the days of VHS horror and thrill of digging through a rack of tapes at the video rental store to find another hidden gem. 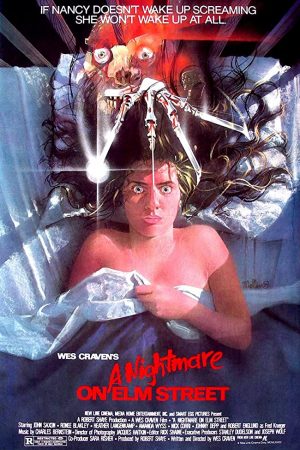